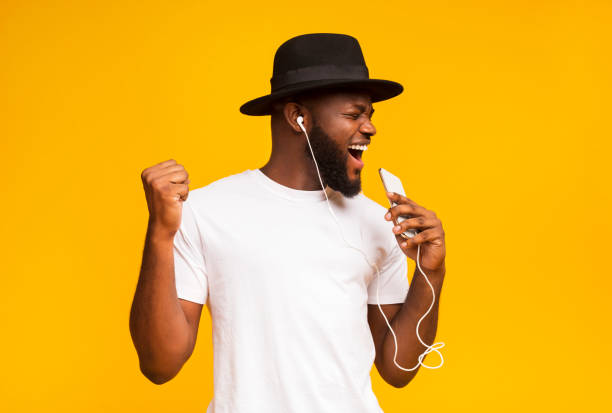 Here Are Ten Songs Turning A Decade-Old This Year

While 2020 might not be looking like the golden year we all thought it would be due to several events that have taken place, it’s still a pretty monumental year, as it will mark the 10th year anniversary of the following songs.

Are you ready to go down memory lane? Let’s go!

This song was a banger then and it’s still a banger now. With Ice Prince’s masterful delivery of his verses and Brymo’s infectious hook, this song is nostalgic for all the right reasons. It is one of the most remixed Nigerian songs of all time.

Holla At Your Boy- Wizkid

Where were you when this song came out? This was our major introduction to Wizkid, the rising pop star was has risen to become a global superstar. The catchy song was a staple on radio and TV. It was also one of the most played songs at every party. It’s amazing to see how far our very own Starboy has come.

It was practically impossible to escape this song in 2010. It was the era of snapbacks, big belts and bootcut jeans and this song was the soundtrack to those outfits.

Top Flexxzone Picks
90s Babies, Do You Remember These TV Shows?
Five Podcasts We’re Absolutely Loving Right Now
How Old Were You When These Albums Were Released? (Part 1)

Can we pretend that we’re back in 2010 when life was easier and we didn’t have so many worries? ‘Airplanes’ by B.O.B and Hayley Williams was an unlikely collaboration that worked and became an iconic hit. They don’t make collabs like this anymore.

READ  If You’re Struggling with The FitFam Life This Year, We Feel You

2010 was definitely an iconic year for music and ‘Find Your Love’ was one of the best tunes of the year. Remember watching the music video on Trace and singing along to the lyrics? Good times.

Four words, one question- Where is Taio Cruz? He delivered some of the world’s biggest pop bangers including ‘Dynamite’, one of the biggest pop hits ever made.

This song made us feel like superheroes who could take on any challenge and rule the world. Whether you like Eminem or not, you’ve got to admit that the chorus was monumental.

This was the official 2010 FIFA World Cup song and it was a global hit. It felt monumental for Africans because it was the first time that the World Cup would be hosted by an African country.

This collab had us in our feelings back then. Rihanna and Drake were unarguably two of the best hitmakers of 2010 and they joined forces to deliver one of the hottest tracks of the summer.

How did one of the biggest hits of 2010 become the second most disliked video of all time on YouTube? Well, we don’t know but one thing is certain- this song (no matter how corny it sounds now) was a certified hit that launched Justin Bieber to global superstardom.