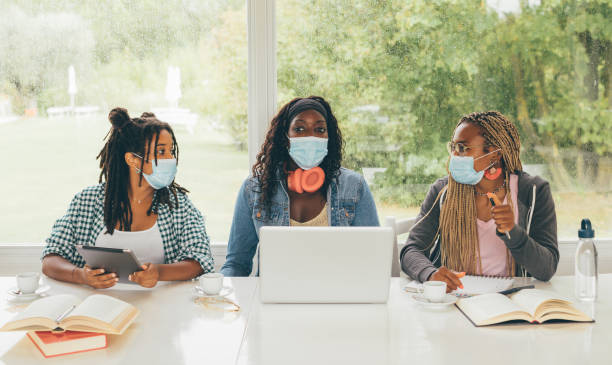 Dashing through those slim corridors like lightning, one would never know for sure the future that lies before Us, like Usain Bolt, we speed through those faculty complexes to our lecture venues, smiling sheepishly like gamblers in their prime. Days after days, we hit the tarmac with much dexterity, chasing the clock and ticking class attendance like pupils. Had we known what to prioritize, today rhythm would have been a sound of victory.

Many years ago, when we were much younger, we shared with ourselves the good dreams we envisaged. Mike had wanted to become a lawyer; He claimed his interest to unravel crimes in a courtroom spun from the TV series “How to get away with murder”. Cent always loved Afro Music and wanted to major in it. His style of dressing, fashion preferences and love for flashiness reflected this from childhood. I prided myself as a future medic and wanted nothing more than becoming a neuron surgeon. Mikes father who is a community school teacher was so proud of the three of Us when we immediately got admitted into the university at our first attempt at JAMB. He never stopped praise-singing our names when addressing the youths, to buttress his point, he’ll conclude by saying “Your dreams are all valid”. Little wonder did we knew there was more to those dreams of ours than securing admission into the university.

The first-semester examination came too sudden, becoming a litmus test for our innocent careers. Without doubt, We were caught unprepared; attending all lectures and tutorial classes held in campus just to gain popularity, playing video games in various Game Centers was a routine, not to forget too is that we spent most of our studying time teaching our female friends rather than learning to improve ourselves. With exams already here? We became so scared yet, had too little time to cover the crucial topics spelt out in our various courses. things fell apart and anxiety crept in. Like harmattan, the examinations left Us stale, it was horrible for Us but we never displayed this in public as we even submitted our answers booklets first in the examination hall to uphold our prestige among our classmates who picture Us as first-class materials already.

Three weeks holiday followed but it was too brief to clear this sad episode from our minds. The second semester began mid-June and we all returned to the Campus. Lots of surprises unfolded; from poor results on notice boards to decline in morale to study. we would have known better but no, we thought the university system is likened to our degraded public secondary schools’ system where we pass our exams whether we study hard or not. In the first semester, we had studied only subjects we liked while neglecting others, wore new clothes and shoes up-and-down to gain attention, organized tutorials for the pretty female classmates we intend to woe etc. At last, we who answered questions most in class to showcase ourselves will certainly be here again next year resitting freshmen courses. was that even all? No, we didn’t recognize yet the penalty of falling four or more courses in one semester due to our carefree attitudes.

The second semester was brief and we made several changes and progresses too, our pursuits of irrelevances and pride also took a downturn but far from the required standard for serious minded university students. The semester eventually came to an end in October with another exam. Results were sent to our ‘online Student profiles’ during the holidays. Tears and lamentations followed, of course, our friendship as a clique was ruined with its outcome as it separated Us and mar our ambitions. Our Christmas break became an illustration of the passion of Christ. Mike was withdrawn from the Law department for underperformance, Cent was compelled to change his program due to his poor grades if he’s to remain a student of the University, I was offered one-year probation which was an undeserving blessing having feared I may be withdrawn. The medical college isn’t a place for disorganized and inconsistent persons like I’ve proven to be for the past 10 months of being around the university community.

A lot of students didn’t return back to campus the next semester following the university policy to withdraw underperforming students at the end of each academic session. The lives of Freshmen could be likened to playing a game of chess which requires focus, calculative moves, and proper foresight to gain victory. Ours didn’t follow such path; we though won a few moves as seen in our results but, the university system was a better chess player and moved strategically bringing onboard pretty ladies and party invitations which our youthful exuberance yearned for. we were too naive to place right our priorities and attitudes leaving our king exposed on the chessboard. We lost the battle and our friendship too. Being a guided Freshman should be taught as a course in Universities Afterall.

Share
Dear Millennials! 6 Leadership qualities to learn from Olivia C. Pope Previous post
Are You Slowly Turning Into Your Parents? These Signs Will Tell Next post