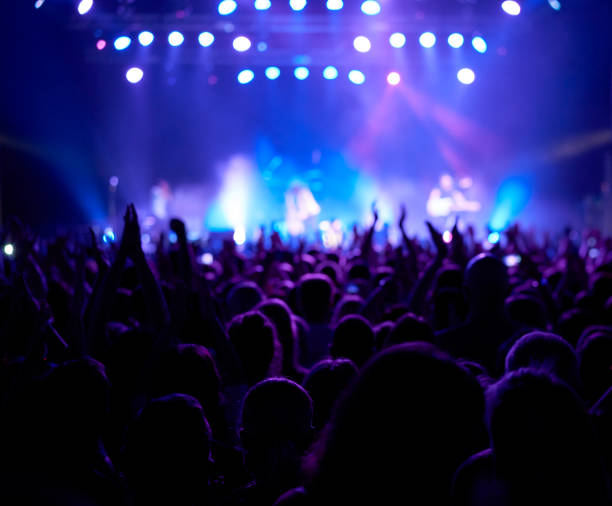 Holiday Season: Events To Look Out For

It’s the Holiday season! December is the most exciting month, as it wraps up the year and ushers in some of the biggest and most exciting events and turn-ups of the year. After all, what better way to end the year than to reward yourself with some fun?

Since there are a lot of events this holiday and you might be unable to keep up, we’ve decided to curate a list just for you. (You’re welcome, as always)

1. Teni Live In Concert: The Billionaire Experience- 16th of December 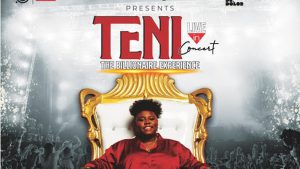 Teni has had quite the year, turning out hit after hit and dominating the charts, even releasing her first EP. She aims to end the year on a high note, as she will headline her show titled: ‘Teni Live in Concert: The Billionaire Experience’ at the Eko Convention Center: Eo Hotel & Suites on the 16th of December. It’s going to be a fantastic show, as Teni will bring her unmatched energy, bubbly personality and catalogue of hits to the stage. You can buy tickets at Afriitickets 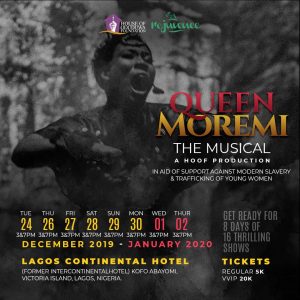 If you’re a theatre lover, you’re in for a treat, as Queen Moremi: The Musical will return to the stage for its third edition this month. The play tells the story of Queen Moremi, one of the most notable figures in Nigerian history. It will be staged at Lagos Continental Hotel, Victoria Island, for eight days and 16 shows, running from December 24th through the 30th of December, as well as January 1st and 2nd. You can get your tickets at AriiiyaTickets

READ  Dating Apps? Here Are The Types of People You Might Meet

Top Flexxzone Picks
Top Nigerian Songs So Far In 2019
How Old Were You When These Albums Were Released? (Part 1)
Typical Lagosians At Parties 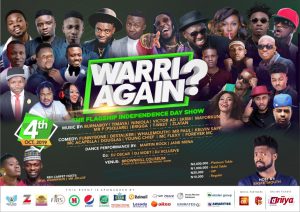 Ever since it’s the first edition in 2913, ‘Warri Again?’ has quickly become one of the most significant events in Nigeria, getting even more prominent with each year. This year’s edition promises to be a thrilling one, as some of the biggest artists like Davido, Burna Boy, Niniola, Teni, Mayorkun and more will hit the stage. International artists; Stefflon Don, Gyptian, Mad Cobra and Zamda Zamkuza, will also be performing. The event will be hosted by AY and Bovi and will hold at the Eko Hotel & Suites, Victoria Island, Lagos on the 27th of December. Visit AriiyaTickets for more info and tickets.

4. A Good Time with Davido- 27th of December 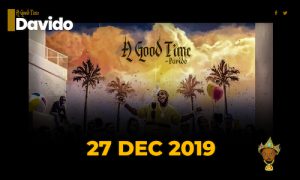 Davido has spent the last couple of years cementing his status as one of Nigeria’s biggest superstars and a certified hitmaker. The Afropop star finally released his sophomore album ‘A Good Time’ in November to excellent reviews. After a year of touring the world, Davido will take Lagos by storm with ‘A Good Time with Davido’ on the 27th of December at the Energy City, Eko Atlantic. Visit https://agoodtime.tix.ng/ for info and tickets.

City FM is back with another edition of its Christmas concert, with Christian artists like Nathaniel Bassey, Tope Alabi, Chioma Jesus, Ada, Bj Sax, Eben, Steve crown, Jahdiel and much more, taking the stage for an exciting time of praise and worship. The event holds on the 26th of December at the Police College Ground, GRA, Ikeja, Lagos. Guess what- Attendance is free!

READ  Bring The Holiday Spirit to Life With These Party Outfits

Which of these events are you most excited about? Tell us in the comment section!