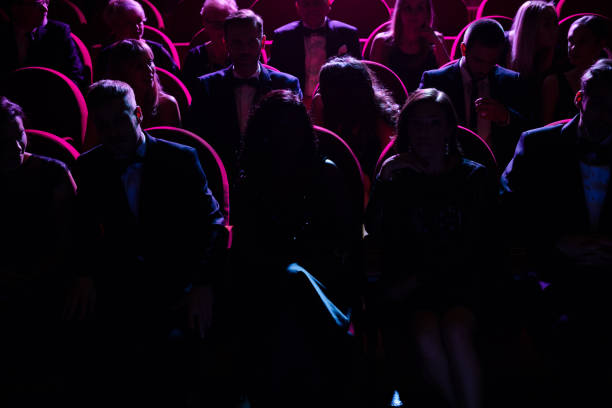 This last quarter of 2019 will offer a slew of exciting movies to keep us thrilled and on the edge of our seats. Here are some of the top films coming out in October and November:

Frozen, the second-highest-grossing animated film of all time will return to the big screen for its second instalment this November. In the new film, Elsa and her sister leave their hometown of Arendelle to embark on an adventure to discover the origin of Elsa’s magical powers in a bid to save their kingdom. Idina Menzel, Kristen Bell, Jonathan Groff and Josh Gad will return to reprise their voice roles, while Sterling K. Brown, Alfred Molina, Evan Rachel Wood and Jason Ritter will join the cast. We’re excited about this magical new adventure and of course, new music! It is scheduled to hit screens on November 22.

Terminator is one of the most successful film franchises ever and this October, the sixth instalment will be released. In this new story by James Cameron, which takes place 27 years after the events of Terminator: Judgement Day, Sarah Connor and a hybrid cyborg human team up to protect a young girl from a newly modified liquid metal Terminator from the future. Arnold Schwarzenegger returns for his iconic role, joined by Linda Hamilton, Mackenzie Davis, Gabriel Luna and more. The movie premiers on the 30th of October.

READ  Reasons why you could be less motivated at work

There’s a new generation of Charlie’s Angels ready to bring their feisty action to the screen. This reboot of the iconic 2002 film follows highly trained women who take on dangerous missions around the globe to protect us from a dangerous new technology identified by a young engineer. This film promises to bring lots of girl power to the screen with its titular characters played by Kristen Stewart, Naomi Scott and Ella Balinska. The film is directed by Elizabeth Banks and will be released on the 15th of November.

If you’re a fan of whodunit mystery films like Sherlock Holmes and Murder on the Orient Express, you’re in for a thrilling ride with ‘Knives Out’. The film follows a dysfunctional and eccentric family, whose members all become suspects in the death of its patriarch, as a skilled detective is recruited to investigate the case. This film boasts a stellar cast: Daniel Craig, Chris Evans, Jamie Lee Curtis, Christopher Plummer, Michael Shannon, Lakeith Stanfield and more. Whew! With such star power and an intriguing storyline, this is definitely going to be an exciting mystery and we can’t wait to see what it has to offer. ‘Knives Out’ will be theatrically released on the 27th of November.

The story of Harriet Tubman, one of the most beloved and iconic people in black history, will be reenacted on the big screen, with Cynthia Erivo taking on the role of the titular character. The film chronicles the life of Harriet, who escaped from slavery and embarked on dangerous missions to liberate hundreds of slaves. This is a story worth telling and we’re thrilled to see one of the world’s greatest heroes being honoured with her own film. Janelle Monae, Leslie Odom Jr., Joe Alwyn and more will join Cynthia Erivo to deliver strong performances. It is scheduled for release on the 1st of November.

READ  Can You Match These Villains to Their Movies?

What do you get when you bring screen legends like Robert DeNiro, Al Pacino and Joe Pesci together for a film directed by the one and only Martin Scorsese? You get an intriguing, award-winning, iconic film! In ‘The Irishman’, a mob hitman and Word War II veteran named Frank Sheeran recalls past events in his life, including his role in the disappearance of labour leader, Jimmy Hoffa. The film is already receiving praise and acclaim from critics, who have described it as an entertaining masterpiece. Not surprising at all. The film will have a limited theatrical release on November 1 before it is released digitally on Netflix on November 27.

Which of these movies are you the most excited to see ? Share with us!