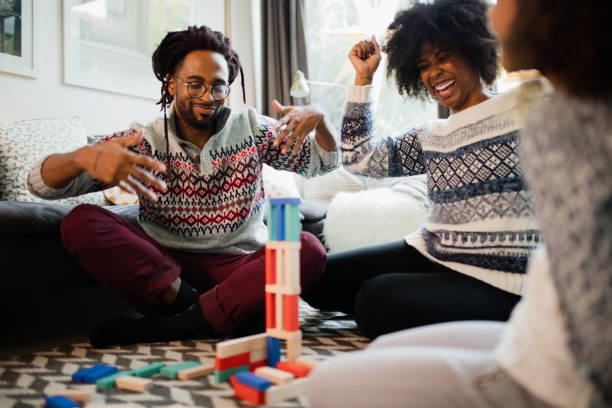 8 Christmas game ideas for your family

Christmas games are an easy way to create an interactive, fun and entertaining atmosphere amongst family and friends. There are so many fun games you can try out this Christmas. We’ve carefully picked out a few. Have a look!

Christmas charades are the most interesting of all the family games listed here. Before you start the game, print out a list of Christmas terms to act out. After that, all the participants will be broken into teams, depending on the number of people available. Each team selects one person to do the acting. Like regular charades, the actors are not allowed to talk or make signals. The team with the most correct guesses wins the game. This also depends on the total points you determine for the game.

If you’re very inquisitive, you’d really love this game which can be played by four or more players. What you need to do is to get someone to put random items in a stocking. Once it’s done, get a ribbon or a string to tie up the stocking, so no one can peek into it. After this, have everyone sit in a circle passing the stocking around. Each person should have a note card to write down their guesses, too. The participants who guesses the most correct items wins.

This game is slightly different from the previous, even though stockings are involved in both. This time, two teams have to try to fill up two different stocking placed at opposite ends of the room with a spoon. The team that finishes first wins the game. You can play this game with six or more people.

Pin the nose on Rudolph

For this one, you’ll have to draw or print out a picture of Rudolph and place it on the wall. Then, cut out a red cardboard for Rudolph’s nose. Blindfold each participant, spin them in a circle, give them “Rudolph’s nose” with a thumbtack to try to “pin the nose on Rudolph” and get someone to mark their attempts. The person who gets it right wins the game.

This game involves attentiveness. It can be played with more than four players. Every player in this game will stand in a circle as one person begins to tell a made-up holiday story with one sentence. Each player after the first has to recite what the previous player has said adding their own sentence. If an important detail is forgotten while recalling the whole story, the player is out of the game. The game continues until there is a winner.

Two truths and a lie

This game, too, can be played with four or more players. In this game, participants get to tell three things about themselves, two of them being entirely true and the third one a lie. You could tell the truth about anything, it doesn’t necessarily have to be about Christmas.

You can play this game with a group of four or more people. The game is best played when participants are divided into teams. The game is a compilation of questions from different Christmas movies.

READ  10 things all workaholics can relate to

This game can be played in a gathering of fifteen or more people. In this game, you’d have to divide the group into at least two teams, with each team or group given a bible theme or verse to act out. The teams get about 15 minutes to put a skit together before acting. Whichever teams act out their scenes properly, wins the game.

Was this an interesting read? Would you recommend some of these games at your Christmas gathering? Let us know!