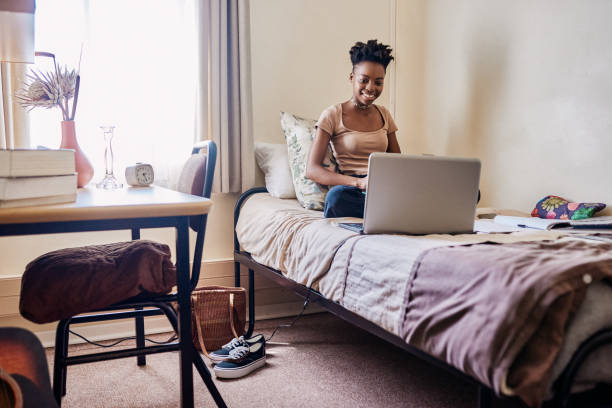 The use of modern technology has improved the standard of living of everyone with access to it, most especially in the aspect of learning. Presently, there is absolutely no need for intensive study of textbooks as a lot of methodologies of improving the study process is available via the use of technology. In fact, some applications can easily read the textbook to you if that is the way it is wanted. The teacher and the student both can use the technology to enhance the teaching and learning strategies.

On the other hand, many people are worried about the possible harmful effects of using technology in the classroom or at home. Will children lose their ability to relate to other people? Will they become dependent on technology to learn? Will they find inappropriate materials? The same was probably said with the invention of the printing press, the radio, and television. All of these can be used inappropriately, but all of them have given humanity unlimited access to information which can be turned into knowledge. Appropriately used- interactively and with guidance- they have become tools for the development of higher-order thinking skills.

To begin with, TV the invention that helps us to get useful information in the easiest way.” I think, the most important advantage of television is that it is a huge source of informations, knowledge and entertainment.” (Wojtas Dodano, 2003). Although TV is not a new invention, people try to find many new ways to use it as a communication tool. Some of the TV’s benefits that it may help the learners in different ways. For example, the learner of English Language -or any other language- can find a collection of programs, movies, series, documentary and educated programs and channels that they can use to learn the language they want. Moreover, TV is an easy, cheap, and available tool to communicate with all over the world and know the latest news anytime anywhere. To focus more on language learning, TV can help in many ways. For example, the learner can watch the movie while reading the subtitles, or watch a simple language program to strengthen the listening skills. TV can also present many different shows, not only entertainment but also News, documentary programs, educated programs, historical and scientific movies.

Secondly, the internet, which becomes the most popular technology these days. It can be considered the “best” way to keep in touch with friends from all countries over the world. In other words, the internet makes our earth as a small village. It actually has so many benefits; we can mention here the use to search for information and data for academic purposes. Students can always use the internet to get more information for their researches. It also became a popular way to communicate, you can send emails, use chat, voice chat, or even video chat with your friends and family. If we take a closer look, the internet is playing an essential role in education nowadays. In his article, Muthukumar said that the Internet is a complex storage area containing a huge maze of information from a variety of sources. It has become a famous source of information for many people worldwide. The Internet wave has also hit the educational landscape in many big ways. The use of technologies such as the Internet as a teaching tool in schools is not the issue now since it is pervasively used. Relatively, the issue is how to effectively employ such technologies and harness fully the new opportunities created by them to promote positive student learning experiences.

Computer-assisted learning is being widely used by teachers and studied by researchers. Teachers use computers inside classrooms and give the students assignments to integrate the technology with the homework. A number of studies have been done concerning how the use of computer for language learning affects the development of language learners’ four skills (listening, speaking, reading and writing). Most report significant gains in reading and listening and most CALL programs are geared toward these accessible skills because of the current state of computer technology. However, most reading and listening software is based on drills. On the other hand, using current CALL technology, even with its current limitations, for the development of speaking abilities has gained much attention. There has been some success in using CALL, in particular computer-mediated communication, to help speaking skills closely linked to “communicative competence” (ability to engage in meaningful conversation in the target language) and provide controlled interactive speaking practise outside the classroom. Using chat has been shown to help students routines certain often-used expressions to promote the development of automatic structures that help develop speaking skills. This is true even if the chat is purely textual. The use of videoconferencing gives not the only immediacy when communicating with a real person but also visual cues, such as facial expressions, making such communication more real.

However, when it comes to using the computer not as a medium of communication (with other people) but as something to interact with verbally in a direct manner, the current computer technology’s limitations are at their clearest. Right now, there are two fairly successful applications of automatic speech recognition (ASR) (or speech processing technology) where the computer “understands” the spoken words of the learner. The first is pronunciation training. Learners read sentences on the screen and the computer gives feedback as to the accuracy of the utterance, usually in the form of visual sound waves. The second is software where the learner speaks commands for the computer to do. However, speakers in these programs are limited to predetermined texts so that the computer will “understand” them.

Finally,” Cell phones are having a great influence in our lives and are very convenient to keep with us. Cell phones are a faster and more effective way to transfer information. Indeed, it is a resource that gives its user’s great advantages. ” (Gupta, 2010). mobile phones are the fastest way to communicate with people, and it can save many things with their ‘pocket-size’. Mobiles are mainly used as a tool to make calls and send short messages. However, nowadays they have been developed so much to be a device with multi-purpose use. As an example, we can connect to the internet through mobiles. We can also use some applications in the system like GPS, dictionary, entertainments, and others. Mobile phones with cameras are now very popular also that anyone can use the camera to take pictures and videos when they have special events. These were the benefits of using cell phones in general. However, if we want to narrow down the usage to the learning part, we can find many examples of how we can use our mobile phones in language learning. As an example, many cell phones nowadays have special applications for learning and communication. We can use our cell phones as a dictionary if needed, while we can also use the cellphone to access the internet anytime anywhere. A powerful tool to improve their education is already in kids’ hands. Cell phone delivery of knowledge to learn could richly supplement traditional book/print methods obsolete very soon. The two key factors are:

A very immediate and practical way to improve education for kids right now is to push getting learning material to the cell phone screens!