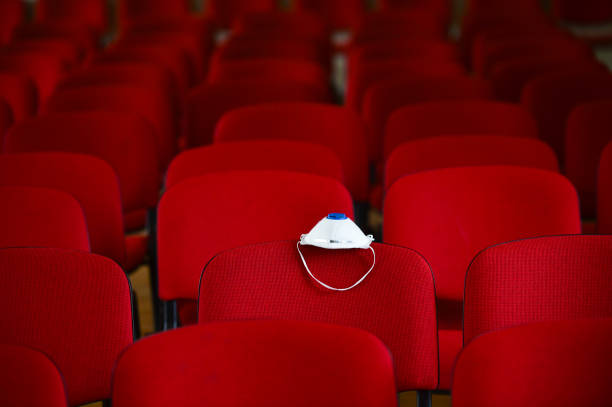 These Movies Have Been Delayed, and The Coronavirus Is To Blame

Earlier this year, we wrote an article where we talked about the movies we were most excited to see. What we didn’t know, however, was that the Coronavirus had other plans, such as forcing cinemas to close down following social distancing guidelines and causing film studios to delay and postpone their movie releases.

Here are some of the delayed movies and their new release dates:

The sequel to the bone-chilling, highly acclaimed film ‘A Quiet Place’ was set to be released on the 8th of March but has been postponed to the 4th of September. The movie stars Emily Blunt, Millicent Simmonds, Noah Jupe and Cillian Murphy.

Top Flexxzone Picks
We Can Bet That You’re Guilty Of One Of These Binge-Watching Habits!
The History Behind Some Of Your Favourite Memes And Gifs
Top 9 Comedians To Ever Grace Our Stages

The highly-anticipated movie about Natasha Romanoff’s adventure as a trained Russian spy was set for release on May 1st but has been rescheduled for release on November 6th. It stars Scarlett Johanson as the titular character. Others include Florence Pugh, Rachel Weisz, David Harbour, and more.

‘Soul’ is a Pixar animated movie that follows Joe Gardner, a music teacher (voiced by Jamie Foxx) who gets a chance to play jazz music live. After an accident, his soul leaves his body, and he goes on a journey to find his way back. ‘Soul’ was scheduled for a June release but has been postponed to November 20.

READ  Seven Fictional Items We Wanted When We Were Younger

Wes Anderson’s star-studded comedy-drama, ‘The French Dispatch’ centres on three stories “from the final issue of an American magazine published in a fictional 20th-century French city.”

It stars Bill Murray, Tilda Swinton, Saoirse Ronan, Benicio del Toro, Frances McDormand, Jeffery Wright, Liev Schreiber and a host of acclaimed stars. It was initially to be released on the 24th of July but has been rescheduled for release on the 16th of October.

The Christopher Nolan- directed ‘Tenet’ is one of the most anticipated movies this year, with millions of fans always raving about its release. The film is a time-twisting action-thriller that follows its protagonist’s intense espionage mission to prevent the third World War.

The movie was initially due for release on the 17th of July. It was then delayed to the 31st of July and subsequently, the 12th of August. ‘Tenet’ stars John David Washington as the protagonist. Other stars include Robert Pattinson, Elizabeth Debicki, Aaron Taylor-Johnson, Michael Caine and Kenneth Branagh, amongst others.

Which of these movies are you most excited to watch? Tell us in the comment section!

Share
If You Live In Lagos, You Should Ace This Quiz! Previous post
Need New Stuff to Watch on Netflix? We’ve Got You Covered Next post