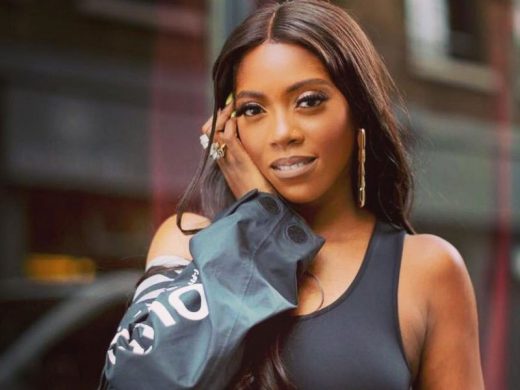 Tiwa Savage-Balogun, otherwise known as “Tiwa Savage” released a new song titled ‘One’. The singer centered her new song on her many blessings throughout the year.

As an artist signed under ROC Nation LLC, we didn’t expect anything less. Plus, her rendering of the song shows how versatile and musical she is.

The song has an afro-centric feel to it, with the Yoruba talking drums that adds a melodic rhythm to the beat. Throughout the song, Tiwa uses her native dialect citing instances of her success through the year.

If you love good music, then you’ll love this song. The song has a seamless flow of lyrics which goes in tune with the beat. Meanwhile, we gathered that music producer ‘Killer Tunes’ produced the song.

Earlier in the year, the singer took home an award in the “Best African Act” category at the 2018 MTV EMA awards. She is the first Nigerian female to win that category. More power Tiwa Savage!

If you haven’t listened to the song yet, do so and tell us what you think.

Best Christmas movies of all times