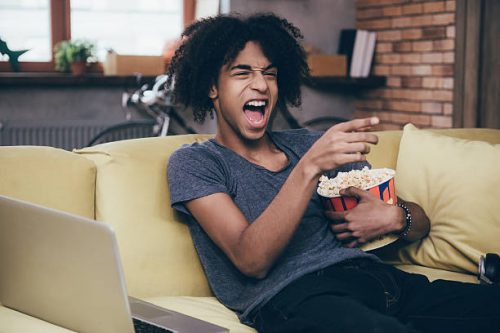 5 TV series you should follow if you love to laugh

There are lots of epic movie series out there with different themes and genres like crime, romance, thriller, biography etc. If you really want to have a good laugh, however, you need to check out these movie series that will have you falling off your seat.

1. New Girl: The TV sitcom centres on an off-beat girl moving in with three single as their flatmate. The comedy series which premiered in 2011 follows the group’s interactions and has the main characters Jessica, Nick, Schmidt, and Coach sort their individual complex romantic relationships together.

2. Modern Family: The series offers an honest, often-hilarious perspective of a regular family life. Parents Phil and Claire yearn for an honest, open relationship with their three kids, but their daughter who is trying to grow up too fast, another who is too smart for her own good, and their rambunctious young son make it very challenging.

3. Young Sheldon: If you are familiar with “The Big Bang Theory”, this is a show you want to watch! Although the series hit the big screens in November 2017, the plot is set in 1989 and the series follows 9-year-old Sheldon Cooper as he attends high school in the fictional town of Medford, Texas. Sheldon tries to fit in the world around him, while his family and friends attempt to deal with his unique intellectual capabilities.

READ  #FCMBMillionairePromo 2018: Here's how to qualify to win millions this year

4. Black-ish: Blackish is an American comedy-drama that focuses on an upper-middle-class African-American family. Andre & Johnson Sr. who plays the father character is an advertising executive who tries to pass on some of his urban cultures to his four very uninterested children. The series has received positive recognition and awards like the Emmy and Golden Globe nominations for Outstanding Comedy Series.

5. Grown-ish: Grown-ish is a spin-off of the sitcom ‘Black-ish’. The eldest daughter of the Johnson family, Zoey, is taking her first steps into the real world as she heads off to College. Grown-ish explores the first trappings of adulthood, and Zoey has to navigate through the trials of these momentous steps. She discovers that once she leaves the nest, things do not always go her way.

Tell us which one of the series you would be watching first!