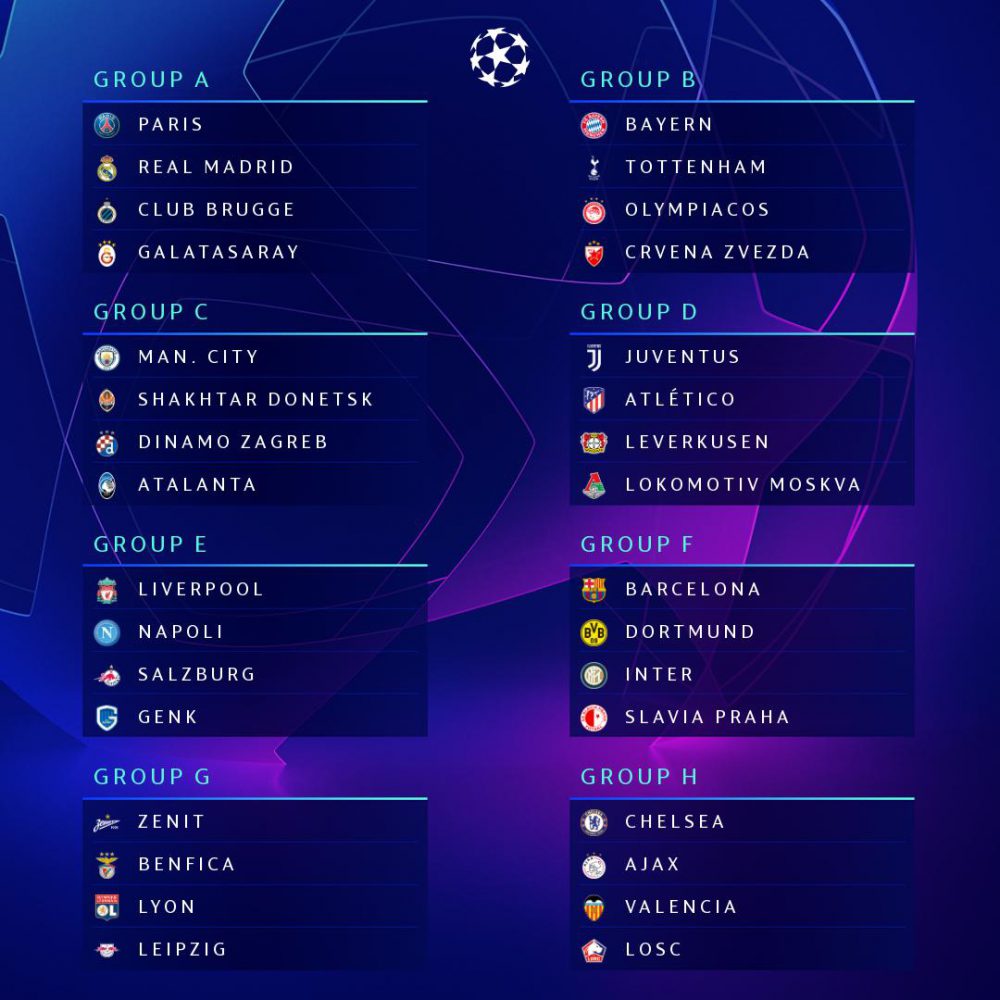 UCL Draw: The fate of the biggest teams has been revealed!

The 2019/20 UEFA Champions League group stage draws (UCL draw) was held on Thursday in Monaco, and it brought its usual excitement for football fans worldwide.

What went down? Let’s say, coaches, players and fans of certain clubs have been biting their nails in fear since yesterday.

The world’s most prominent football rivals like each other

Yep, you read that right. For years, fans and the media have been pitting Ronaldo and Messi against each other, but it turns out both of them want to have dinner and chat like friends. (At least, Cristiano Ronaldo does). Cristiano also stated that he and Messi had shared the same stage for 15 years and that they had a good relationship. Here’s the video:

Ronaldo: “We’ve not had dinner together yet, but I hope in the future!” ?@Cristiano & Messi at the #UCLdraw ?? pic.twitter.com/KOFY8680tU

In one of the biggest plot twists of the night, Liverpool’s Virgil Van Dijk beat both Ronaldo and Messi to win the UEFA Men’s Player of the Year. He is the first defender to win the award.

Lucy Bronze won the UEFA Women’s Player of the Year, becoming the first English player to win the award.

Defending champions, Liverpool, will face Napoli, Salzburg and Genk in the Group E stage. Liverpool’s coach, Jürgen Klopp seems to find the draw interesting. “Napoli again! I don’t know how often I’ve now played against Napoli, but they’re a very experienced side,” the manager said, according to Goal.

Thirteen-time champions, Real Madrid, is up against Paris Saint-German (who has been linked to the pursuit of Neymar in the past years), Club Brugge and Galatasaray.

Chelsea is back in the UCL and is joined by Ajax, Valencia and LOSC (Lille OSC) in Group H. Where’s Manchester City, you ask? Well, they’re in Group C, joined By Shakhtar Donetsk, Dinamo Zagreb and Atlanta, to the dismay of some United and Liverpool fans, who feel the draw works in Manchester City’s favour as they seem to always get lucky with their draws yearly.

Check out the full UCL draw results below:

So which group is the toughest and who do you think will lift the trophy? Share your thoughts with us!